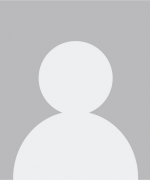 Born and raised in Germany. Since 2008 in Istanbul and since 2009 working as a DaF teacher (German as a foreign language). Until 2008 she worked at two different schools in Germany.

From 2009 to 2013 she worked at the Goethe Institute Istanbul as a DaF teacher and advanced trainer for German teachers in the field of methodology / didactics and as an examiner for Goethe certificates according to the common European reference framework at all levels (A1-C2).

Since 2013 she has been part of the German department for modern languages.